China’s increasing economic might manifests itself in different ways for its neighbors. For South Korea, a new problem with being saddled next to the economic leviathan is having some of its best pilots lured away for more lucrative job offers with Chinese airlines.

“China’s aviation market has been expanding at a swift pace over the past few years. This means that Chinese carriers need more pilots capable of flying commercial jets,” an industry analyst told the Korea Times.

As is the case for most people changing jobs –it’s about the money.

“We are not the only carrier hit by the pilot exodus. All major carriers around the world are grappling with the same problem.”

“But many Chinese carriers reportedly offer twice as much, on top of free housing and education subsidies for their children. Lured by fat paychecks and attractive benefits, an increasing number of Korean pilots have moved to China.”

According to China Aviation Recruitment, the analyst is spot on –with one job for a cargo and parcel service offering a Captain ranked pilot $233,000 per year along with benefits.

The numbers Korean pilots seeking those ‘fat paychecks’ is increasing according to industy data –in 2015 Korea Air saw 46 of its pilots hired away by China while Korea’s second largest carrier Asiana lost 61 pilots to China and other foreign carriers.

Flagship carriers are not only losing passengers to no-frills carriers, but they are also losing pilots who are more than willing to take lower pay now to earn their captain’s wings at a faster pace. 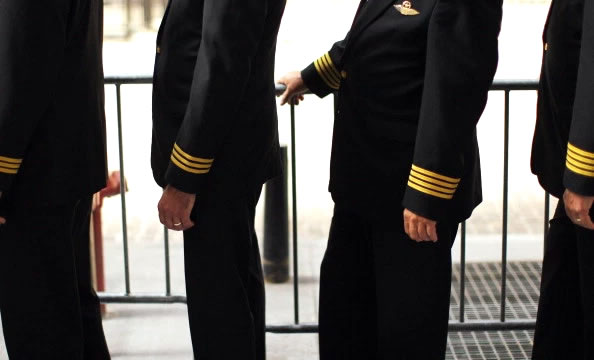 While flight engineers may advance to co-pilot position within a year, it usually takes from seven to twelve years to ascend to the position of captain.

For South Korea, with an already small population to draw from, the number of less experienced pilots manning the cockpit can’t help but go up. This has raised concerns for safety.

“We are recruiting experienced and talented pilots through various channels to replace those who are leaving. We are doing everything we can to maintain an ample number of qualified aviators,” a Korean Air spokesman said.

He added that it’s an industry-wide problem.

“We are not the only carrier hit by the pilot exodus. All major carriers around the world are grappling with the same problem.”

Asiana Airlines CEO Kim Soo-cheon has said that his airline has been hiring retired military pilots while aggressively pursuing pilots from other airlines, in addition to running its own training program for new pilots.