Korean chair maker Duoback has put together an interesting ad campaign for their office chairs. Chairs so amazing that they help you find love with a co-worker, diminish menstrual cramps, cure hunger, and even relieve a hangover.

Well, not really. But that’s what makes the ads fun –and it shows — they’ve gone viral, with the series of ads featured here clocking well over a million views in just two weeks.

No matter where you sit, those kind of numbers are most certainly sitting pretty.

You might remember the Duoback company from 2009, when their magazine ads were shall we say… attention-grabbing. Five years later, the company goes for scores big with being clever rather than falling back on the ‘ol sex sells playbook. 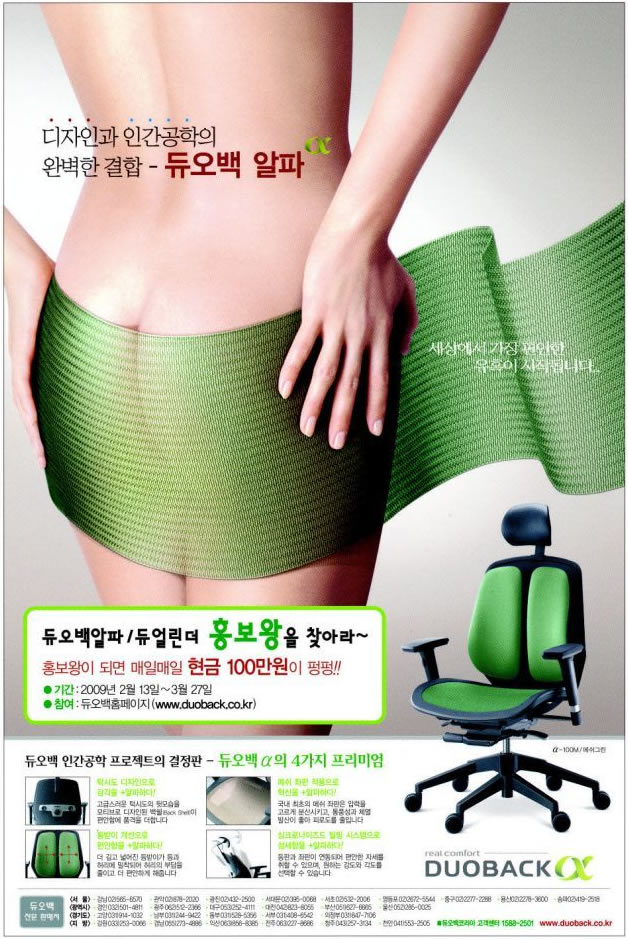 Getty Images Korea was apparently so proud that they even made note that the butt was taken from their collection.