Is Burger King Praising Death and Conquest in China Ads?

Is it us or do these ads seem a little off to you? Is Burger King, in its 60th anniversary ads in China, tying itself uncomfortably close to the death and destruction of brutal conquest wrought by Napoleon, Alexander the Great and Qin Shi Huang in their pursuit of kingly domination?

For the Napoleon version of the print ad campaign, the copy reads: “Europe was at his mercy. The sheer power of his arsenal was unmatched. Even the Alps could not stand in his way.”

For Qin Shi Huang: “He conquered warring states brutally. Built the Great Wall to repel all his foes.”

Are these the verbal recountings of history you want to associate your brand with?

No, of course not –because you’re even better than that. You’re the “Real King”. And, at 60-years-old you outlived them all in their time. Before they flame-broiled out, so to speak. 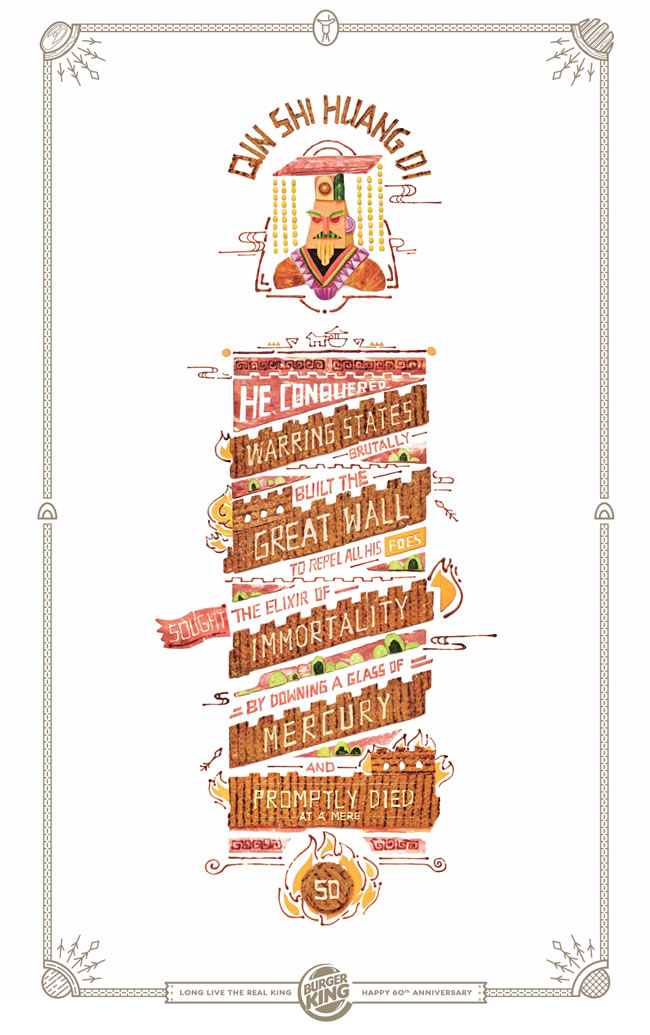 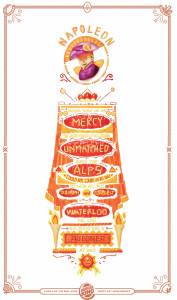 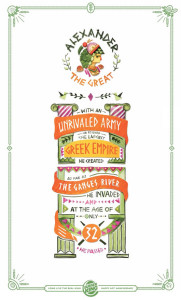 We get it. These are bad-ass guys that died young and Burger King is still going. It’s supposed to be funny. And it kind of is, but…

Had there been more ads in this campaign, what comparative historical conquerors would be next as Burger King seeks to slay its food and beverage foes? Cortez? Attila the Hun(gry)?

Well, to their credit, at least the “Real King” put it all together in a clever visual arrangement of fries, pickles, mustard and other ingredients, so there is that.

And, after all, it is BK’s 60th anniversary –you’re allowed to get away with certain things during such celebrations, right? He’s been conquered by Mickey D’s all these years, so let’s cut the King some slack.