The fast-food chain could have provided a bit more context to a tweet to have avoided the whole fiasco.

To celebrate International Women’s Day a number of global brands have launched campaigns championing women’s rights, calling for equality, or praising female pioneers across cultures and industries. The response has been overwhelmingly positive and we’ve covered a number of these campaigns here. Fast-food giant Burger King; however, has found itself in the news for an altogether different reason following their campaign.

In honor of the holiday, the company launched a new initiative aimed at getting more women into head-chef roles. It even included a scholarship for women in the industry in the UK.

Well, then how in the world could it possibly be controversial? Where’s the internet hate coming from? 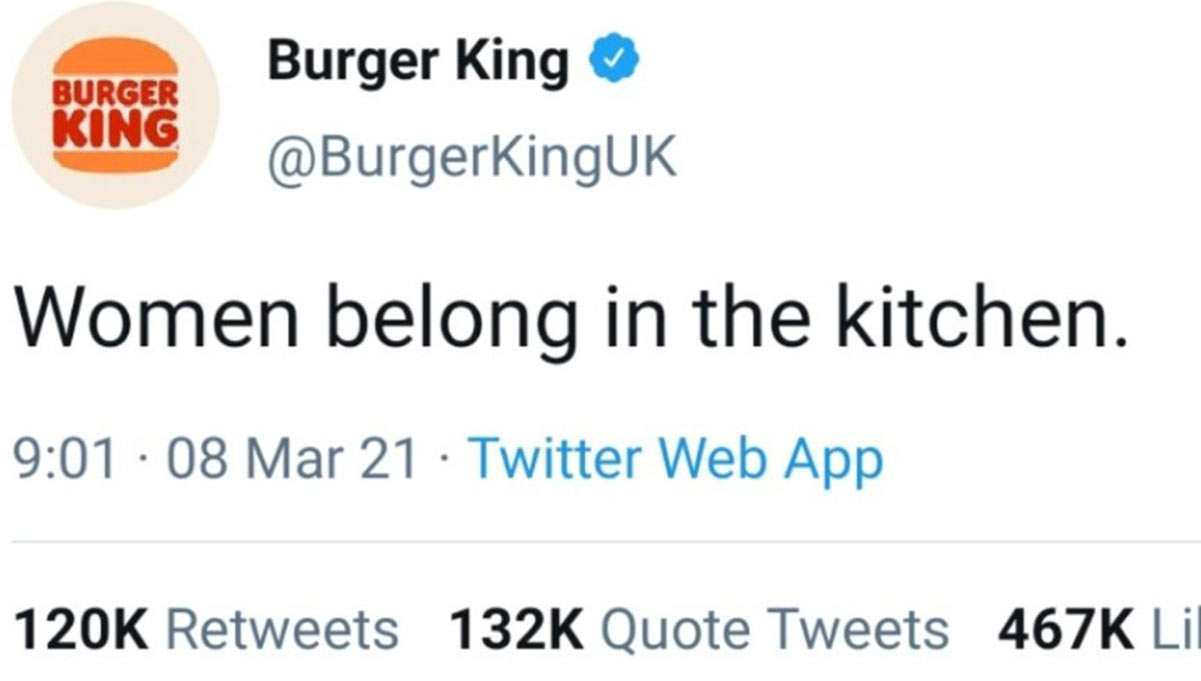 Oh, that makes sense. Edgy? Sure. Perhaps a bit too much. The tweet, sans context, caught more than a few individuals off guard as Women’s Day was celebrated across the globe. As expected, an internet backlash ensued and the chain was forced to issue an apology and clarification.

According to a statement sent to Business Insider, Burger King meant no harm for the tweet and instead wanted to illustrate the ways in which women are actually discriminated against in kitchens around the world.

“Our tweet in the UK today was designed to draw attention to the fact that only a small percentage of chefs and head chefs are women. It was our mistake to not include the full explanation in our initial tweet and have adjusted our activity moving forward because we’re sure that when people read the entirety of our commitment, they will share our belief in this important opportunity.” 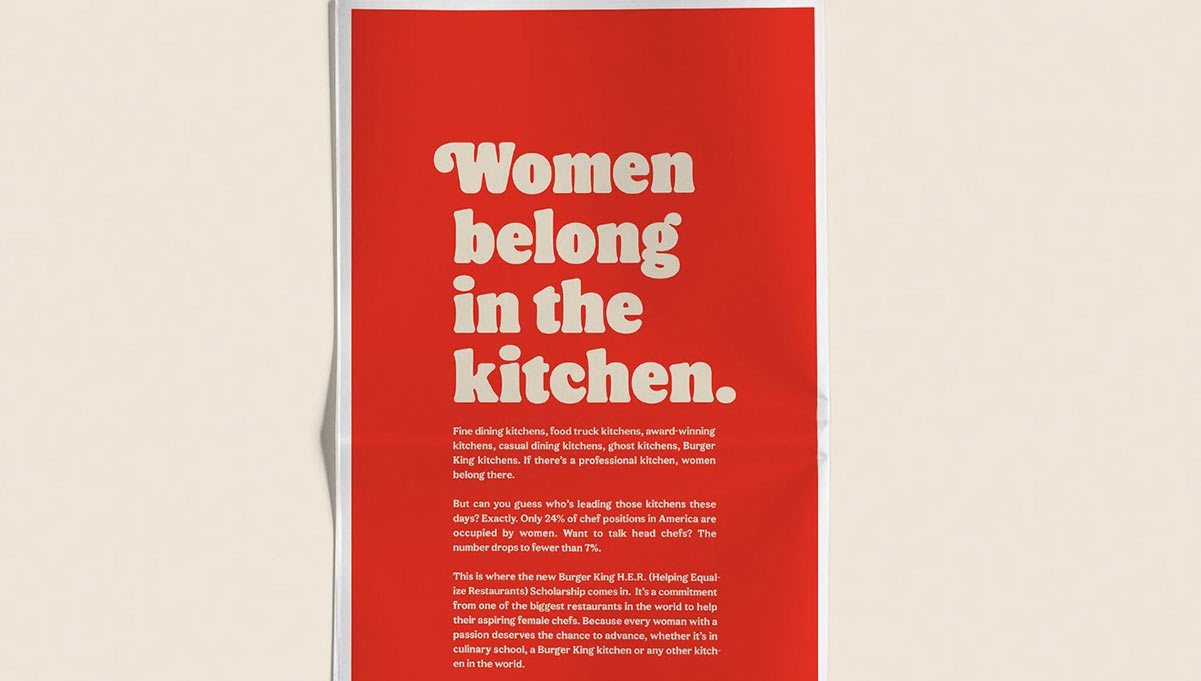 The campaign also rolled out in print and made much more sense there as some context was provided and the scholarship was announced. The sexist baiting headline did; however, remain.

Is this as bad as people are making it out to look? No, not in our opinion. At the end of the day, it’s a stupid tweet meant to raise awareness of an important issue. Coupled with the fact that BK is doing something to address this issue (and that the company has launched a number of goodwill campaigns recently) it seems like this is one internet controversy that should burn out quickly.

Forward Momentum in the APAC Region: Welcome to the Splinternet

The Best Investment in India is Secondary School Education for Girls

Car4Cash and Uncle Khom Take Us for One Long Crazy Trip