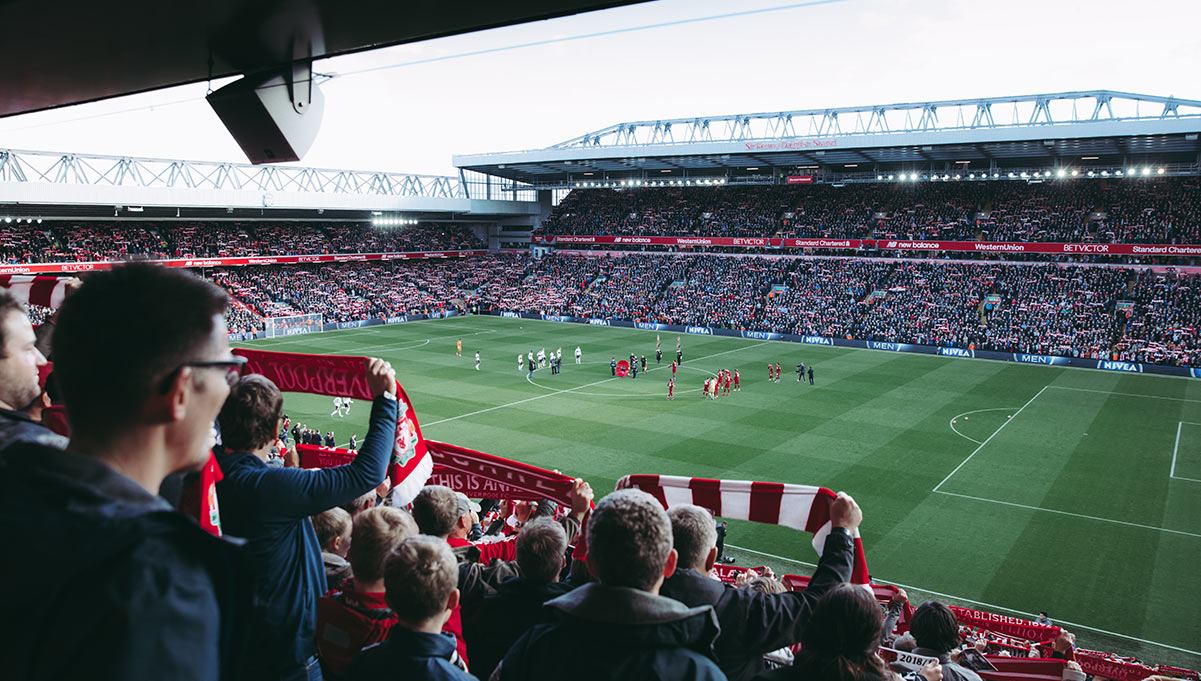 The quest for global cash.

“The solution is to make more attractive matches that fans from all over the world can see with all the big clubs.”

Those were the words of Real Madrid President and Super League Chairman Florentino Perez when speaking with Spanish TV show El Chiringuito de Jugones as he threw the sporting world into chaos by unveiling plans to take 12 of Europe’s biggest soccer teams and global sports brands into an all-new breakaway competition dubbed the European Super League.

What followed was the equivalent of the launch of New Coke and the ensuing backlash, compressed into 48 chaotic hours.

It’s a lesson for brands that while they need to adapt to changing markets, technology, and consumer trends, abandoning those most loyal to you is destined to end in failure.

While the Super League’s PR machine attempted to spin the league as the savior for an unsustainable sport, it’s clear the actual motivation behind the failed project was nothing more than money. The teams involved are incredibly powerful brands and the sport as a whole has grown in importance in new markets, particularly Asia.

The monetary benefits of the league would have largely been from TV rights and commercial or branding opportunities. According to The Guardian, in China alone, three of the chosen ESL teams have nearly 10 million followers on social media app Weibo.

“if this product really came to fruition… selling to China would almost certainly have great business prospects. A lot of fans are willing to embrace such an excellent product,” Chinese sports media firm Score Sports founder Yan Qiang told Reuters.

In one of the most comically mishandled rollouts in recent memory, a dozen of the world’s most popular soccer clubs led by Perez announced the launch of the European Super League (ESL) aimed at rivaling the UEFA Champions League. Within 48 hours, the proposal, which had the potential to reshape Europe’s footballing landscape was already falling apart.

Though its announcement has thrown fans, functionaries, and institutions into sudden shock, the concept behind the ESL is not new. Rumors of a new European club soccer competition spring up every couple years.

While details are sparse, the true surprise of the European Super League lies in the fact that the participants actually tried to make it happen.

Though the idea of the biggest teams in the world facing off every week likely had some fans salivating, the ESL was clearly proposed to insulate founding teams from competition.

The twelve clubs involved were slated to be permanent members of the ESL and included English sides Arsenal, Chelsea, Liverpool, Manchester City, Manchester United, and Tottenham Hotspur; Italian giants A.C. Milan, Inter Milan, and Juventus; and Spanish contingent Atletico Madrid, FC Barcelona, and Juventus. Forbes estimates the combined value of these clubs at more than $37 billion. As of this writing, all six English sides and all three Italian sides have already backed out and the project has been put on hold.

An additional three clubs were meant to join the initial 12 as permanent members of the league, while 5 other slots were to be filled each year. It was unclear exactly how these clubs were to be determined.

Though the idea of the biggest teams in the world facing off every week likely had some fans salivating, the ESL was clearly proposed to insulate founding teams from competition. They couldn’t be relegated and would be protected even when underperforming. With four of the clubs tied to the ESL not doing well enough to qualify for next season’s Champions League, you could see why they might want to reward mediocrity.

Though the ESL press release stressed ‘working together’ with FIFA and UEFA, a breakaway football competition threatens to cleave the sport as we know it and potentially render European soccer unrecognizable. More immediately, and why so many stakeholders were so up in arms, there is an insane amount of money at stake.

Threatened by a loss of income and some of the most popular teams in sports, FIFA, UEFA, and various domestic leagues universally condemned the proposed ESL.

ESL participants eyed the $2.4 billion in annual TV revenue the Champions League takes in and hoped to siphon it directly into their coffers. Each team joining the ESL had been promised $425 million, initially funded by a $4.8 billion investment from JP Morgan. Participating clubs expected to rake in $12 billion in revenue during initial commitments. Of course, these numbers were based on both the ESL getting off the ground, and enough sponsors and broadcasters being interested to invest.

Threatened by a loss of income and some of the most popular teams in sports, FIFA, UEFA, and various domestic leagues universally condemned the proposed ESL. UEFA, which just announced an expanded Champions League format partly to accommodate the wishes of big clubs, some of whom attempted to split off to the ESL, is considering banning Real Madrid, Chelsea, and Manchester City from this season’s Champions League semifinals. Meanwhile, there is talk of FIFA banning players from breakaway clubs from participating in international competitions like the upcoming Euros.

Seeing the move as being motivated entirely by greed at the expense of both competition and match-going supporters (many of whom cannot afford to travel around Europe every week to support their team), fans have also reacted extremely negatively to the ESL announcement, protesting in the streets and hanging signs bemoaning the deaths of their clubs.

How’d it all shake out?

The rage from supporters and football’s existing institutions was enough to give the Premier League participants cold feet. The proposed ESL looks dead on arrival, and some executives from participating clubs have already resigned. It’s unclear just what will happen, or how strictly FIFA, UEFA, and domestic leagues will deal with those who tried to break away. What is certain is that the ESL launch will at the very least long stand in football’s memory for going as poorly as humanly possible.

Perhaps in the ashes of the Super League dumpster fire, there’s a lesson for brands big or small to learn. No matter the potential upside, abandoning the consumers who helped build you and stood by you as you grew is doomed to fail in the end.

Dave Braneck is a contributor to Branding in Asia Magazine and a journalist in Berlin covering sports and politics.