Brad Pitt doesn’t do a lot of commercials. Remember the ill-fated Chanel ad, which some referred to as “the smell of disaster” back in 2012?

With that campaign now but a distant memory, French bank Boursorama and agency Buzzman have got the superstar actor back in front of an ad world camera with one caveat: he doesn’t actually speak in the film. Whether Pitt on mute is for comedic effect or the actor simply playing it safe, we don’t actually know – but the concept makes for a fun piece of ad work with Pitt a pleasure to watch.

At first, you might think there is a problem with your audio, but no, while the rest of the world around him is abuzz, some even asking about the camera following him around, Pitt is completely muted during the one-minute spot.

At one point the ad says that “we do not need Brad Pitt to recommend Boursorama Bank, because no one does it better than our customers”.

This according to the French media, as we have not seen anything about it yet in English from the brand or Buzzman. The best we’ve been able to gather is that the spot was directed by François Rousselet and was filmed in New York & Los Angeles on a budget of “5 to 6 million Euros”. It launched yesterday with the media side of things being handled by Vizeum. 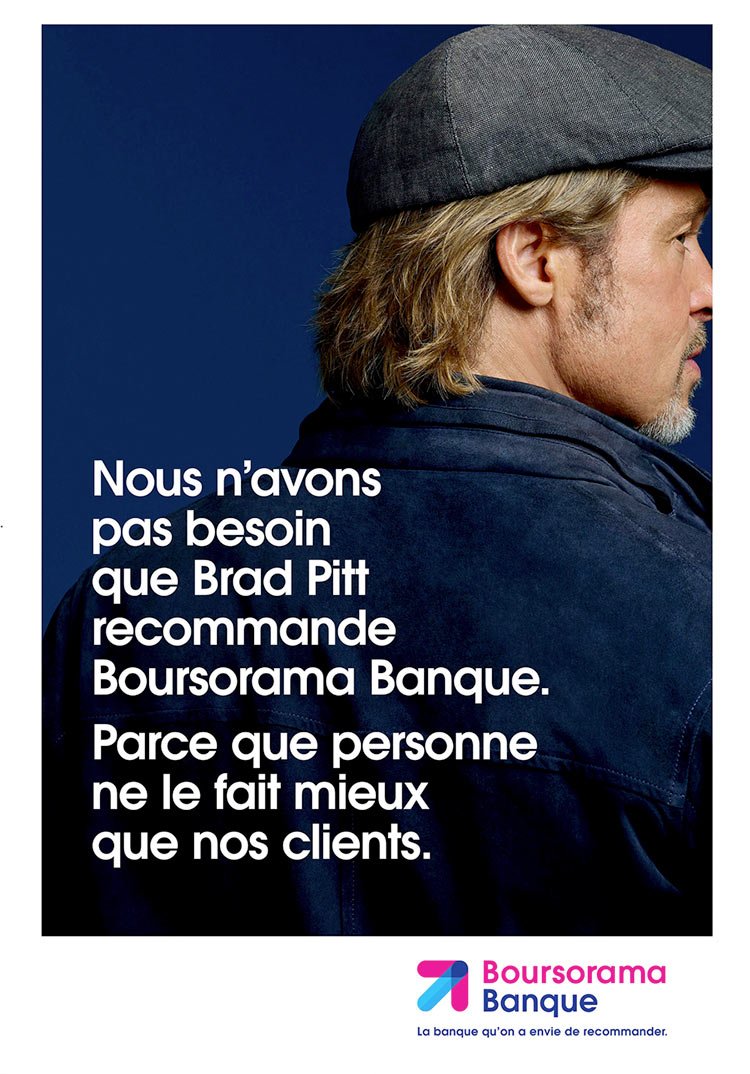 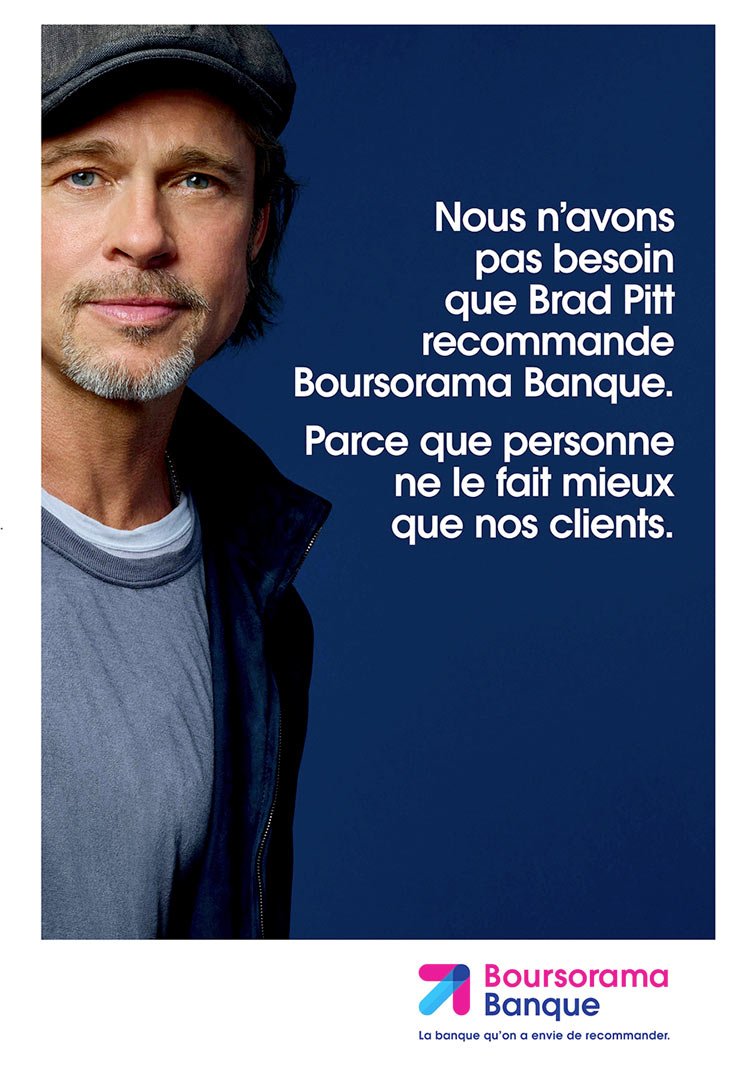 Here is one of Pitt’s ill-fated Chanel spots that were ravaged by critics and comedic parodies aplenty.

And, for good measure, here is some of Pitt’s other ad work, including that whacky sumo ad for Softbank.

Sex isn’t Always Perfect, but with Durex Lube It Can be Pretty Damn Good