In a new holiday film to wrap up 2021 Coca-Cola highlights a young boy who worries about his new apartment’s lack of a chimney for present delivery. How will Santa Claus get in otherwise, right?

From there, the boy engages in an intense DIY project – much to the surprise of dear ol’ mom, as even the neighbors pitch in to construct a funnel from delivery boxes and other materials as a way for jolly old Saint Nick to deliver what we assume will not be coal, since he seems to be a good kid.

The three-minute spot from DentsuMB and directed by Sam Brown ends with a charming twist – as all ads this time of year should.

“We don’t just re-amplify the Christmas values and benefits, because everybody understands what Christmas is about,” says Tom Hidvegi, Coke’s director of creative strategy, in the BTS film below.

“We manage to tell the story of why Coca-Cola and Christmas can be so special together.”

Various versions of  the spot will air across nearly 100 markets as part of Coke’s global “Real Magic” platform. 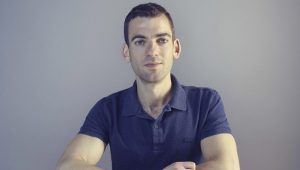