We don't actually know if lamb will create peace. But we should at least give it a go.

In Australia, as border closures dominate the headlines and premiers go head to head, there’s only one thing that can keep the peace. Tender, juicy, perfect lamb. A new OOH activation by Australian Lamb shows just that as rivals come together over one of Australia’s favorite meats.

The fun concept, reminiscent of the both loved and hated Benneton world leaders kissing campaign a decade ago, was created by The Monkeys, illustrated by Nigel Buchanan, and serves as a parody of ‘the kiss’, the famous Berlin walls mural.

Displayed on billboard trucks around the country, from cities to iconic border locations, the murals show illustrated depictions of our premiers settling their differences by coming together and tucking into a delicious lamb cutlet.

The OOH campaign follows a terrific short film which established Australian lamb as a cure to conflict and really all of our problems. We don’t disagree. 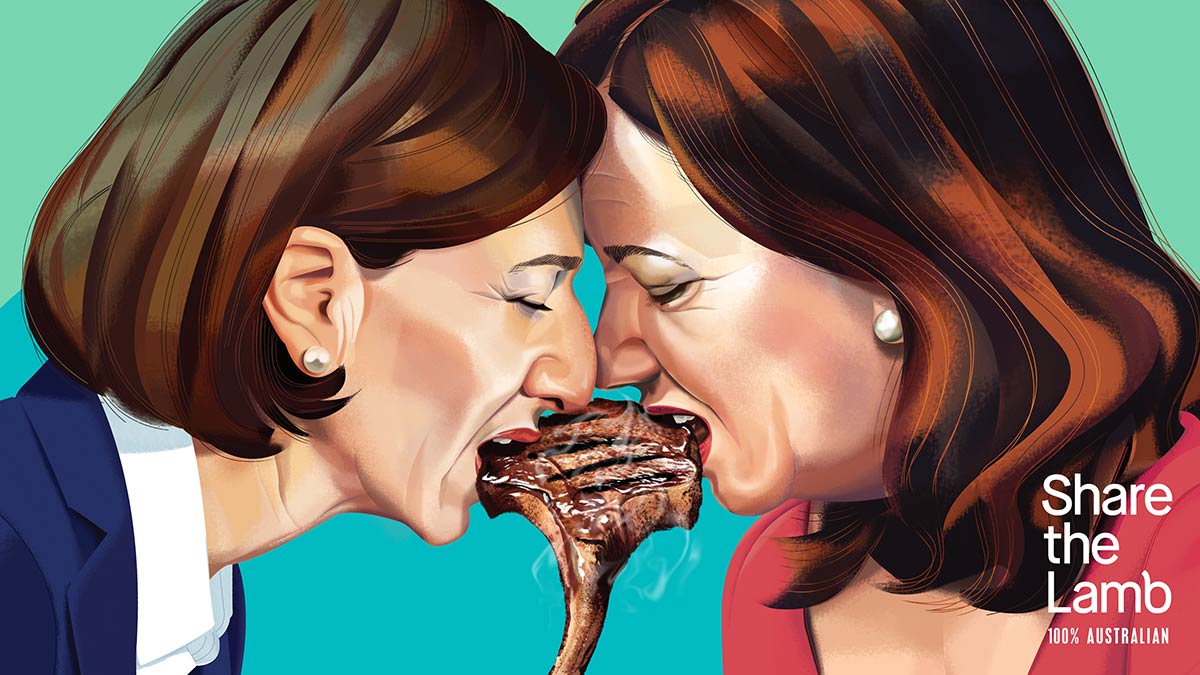 From Tweed Heads to Albury-Wodonga, Canberra to Perth, the murals are journeying around Australia and border locations from Thursday 21 – Saturday 23 January, and will be in Sydney, Melbourne, and Brisbane on Monday 25 January.

“During 2020, for the first time in history, some Australian states closed their borders, separating families and loved ones, causing confusion, and highlighting some simmering political tensions,” said Graeme Yardy, Domestic Market Manager at MLA.

“As the brand that stands for unity, we thought it only appropriate to bring our leaders back together, in the most delicious way possible, with a juicy tender BBQ lamb cutlet. Our hope is that Australians will see these murals as a fun symbol of our country, doing what it does best, putting its differences aside, and working together to overcome adversity.” 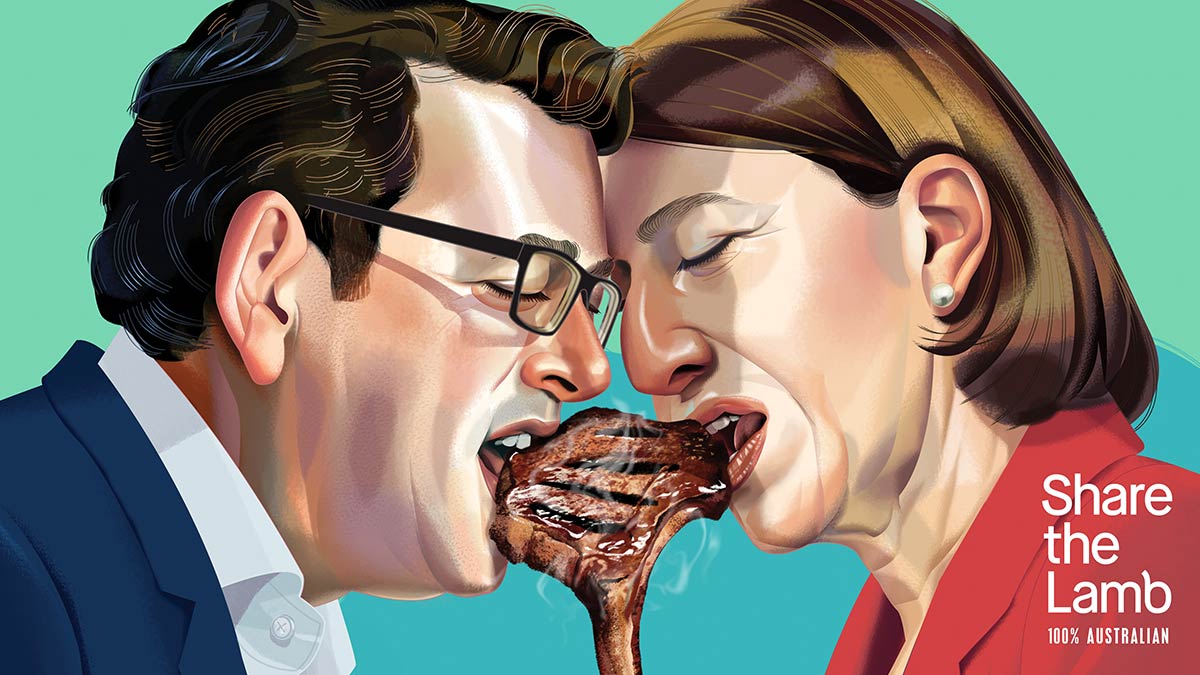 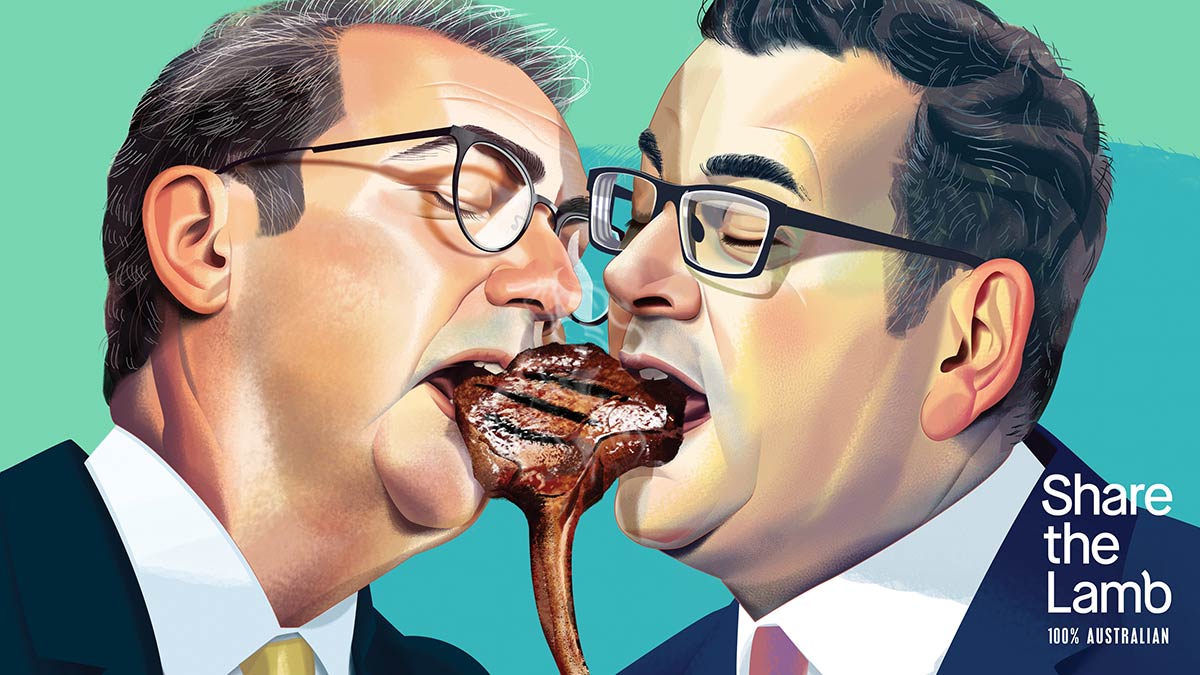 The short film in which lamb saves the world can also be viewed below.

“Depicting our leaders coming together over a lamb cutlet perfectly complements the wider “Make lamb, not walls’ campaign,” said Executive Creative Director at The Monkeys, Vince Lagana. “Most of the murals are positioned near state borders as we continue to unite the nation through some much needed light-hearted humor the way only Australian Lamb can.“

The mural activation launched today with support from UM and OOH company, Hyped Media. The activation will be supported by one green bean to drive coverage for the campaign across earned media and owned social.

Head online to find out more about the summer lamb campaign at www.australianlamb.com.au.

The premier murals will be journeying around Australia at the below locations and times. 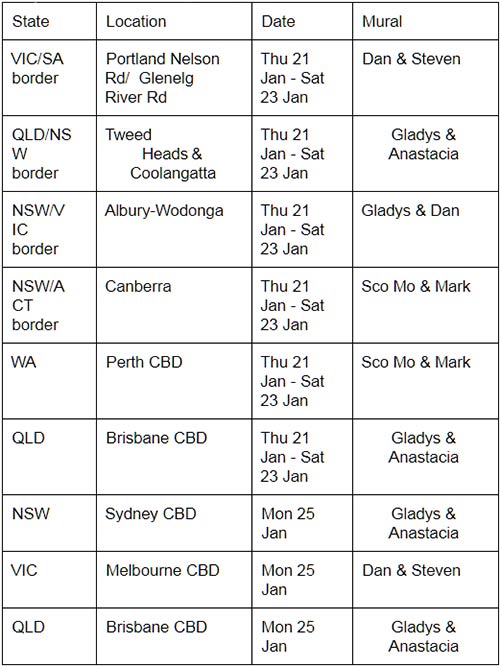