The Art of Branding a 17th Century Tokyo Brothel

Earlier this year, the Asian Art Museum in San Francisco wrapped up an exhibition called “Seduction”. The traveling collection featured various works of Japanese art; among which was a gorgeous selection of 17th century paintings commissioned as promotional material for red light districts in what was then called Edo which we now call Tokyo.

During Edo Period Japan (1615-1868) there existed establishments such as these that were known as the “floating world” –a phrase that referred not only to elaborately constructed pleasure quarters located in the major cities, but also to the pleasure-seeking way of life.

The term, which originates in Buddhism, has a meaning deeply imbued with the act of abandoning oneself to pleasure; in a sense floating along, ignoring whatever grief or displeasure that life around you may present.

The most famous of these red light districts, offering such escapes, was Yoshiwara—a walled-in area in Tokyo where one could, for a price, float away in a world of sensual delights as it were. 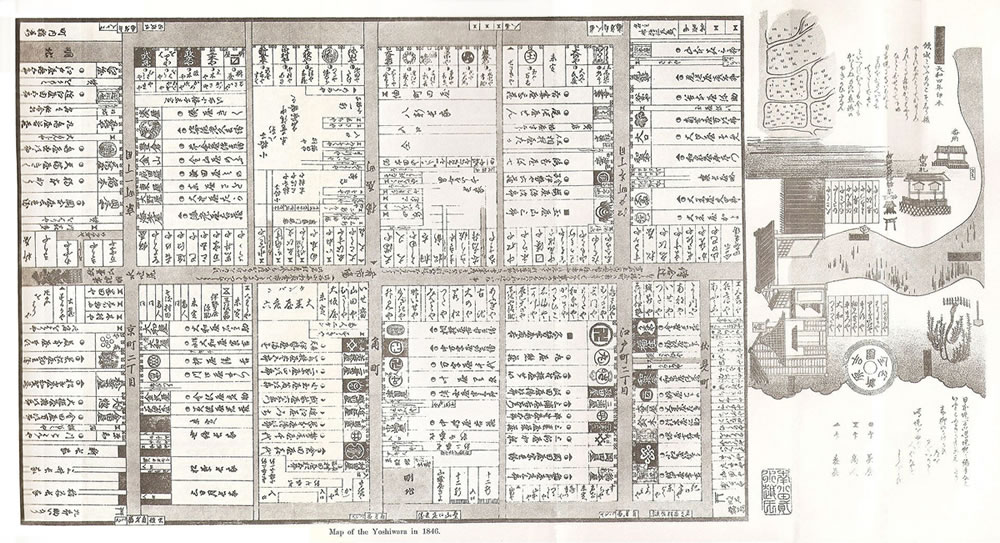 The artistry employed in promoting Yoshiwara to the public was, as the Seduction exhibition catalogue succinctly puts it, “one of the great, early successes of branding.”

“Like Las Vegas today, the Yoshiwara was a destination that traded in sex, excess and fantasy, and its reputation as such—spread by the stories and artworks it inspired—was critical to its economic success and hold on the popular imagination.”

Like any well-constructed brand, its reputation as a place of sensual escape inspired widely-told stories and, as you can see here, and more below, artworks of magnificent quality.

This brand campaign took hold of the popular imagination and Yoshiwara enjoyed great soaring popularity. One account cited in the exhibit catalogue states that at least 987 women lived and worked inside the quarters in the mid-1600s. A number which swelled to over 3,000 a century later.

Officially, Yoshiwara was out-of-bounds to the samurai classes, but to get around these regulations they would sometimes enter disguised under large straw pilgrims’ hats while leaving their samurai swords behind them at the gates.

When looking at the incredible artistry involved, it’s feels entirely inappropriate to refer to these wonderful works of art as “advertisements”. Yet, that is exactly what many of them were.

Even the great Katsushika Hokusai, the legendary maestro of waves, was commissioned to promote Yoshiwara through some of his work.

For those short on admission to gain entrance to Yoshiwara, the artwork afforded vicarious pleasures, while at the same luring those who stepped inside the doors to spend their yen more freely in search of fulfilling the brand image that the brush strokes promised.

While the vision of Yoshiwara was, and is, largely still romanticized, for the women working there, usually under a ten-year indenture, it was likely anything but pleasurable. Most often they ended up within its confines after being sold by poverty-stricken parents or through abduction from other regions.

And yet, through the prism of well branded perception, there was an aura of beauty, elegance and wit associated with the women of the Yoshiwara. A perception which caused their class to be viewed as cultural icons of the Edo Period, many serving as inspiration to writers, poets and artists.

One wonders how many of those so “inspired” had actually visited the Yoshiwara, or simply drew their inspiration from a well-branded aura that the artwork lent to popular perception. 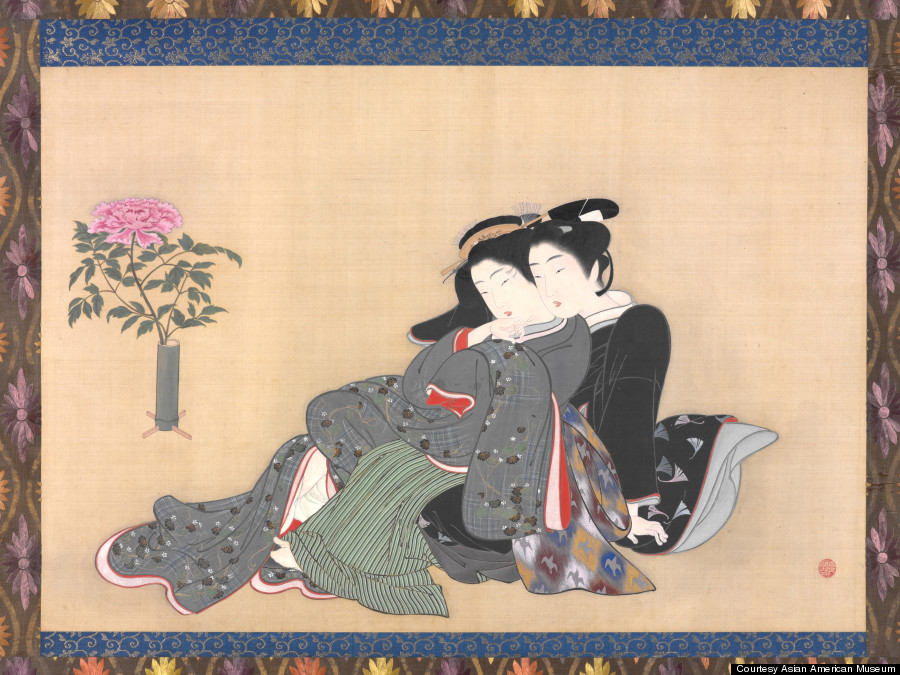 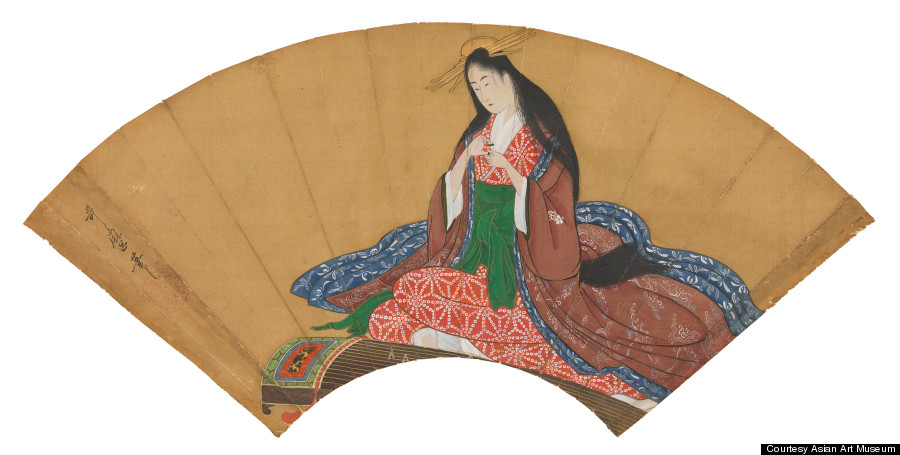 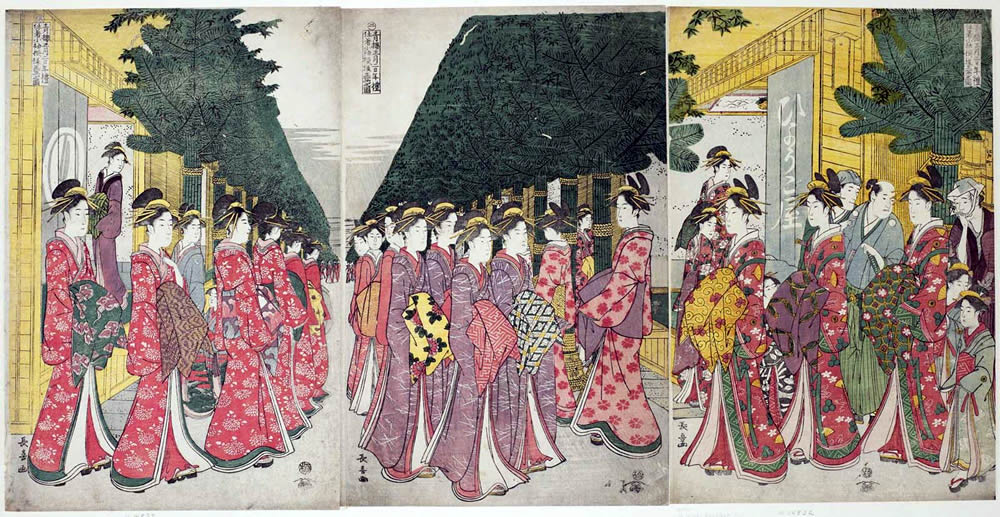 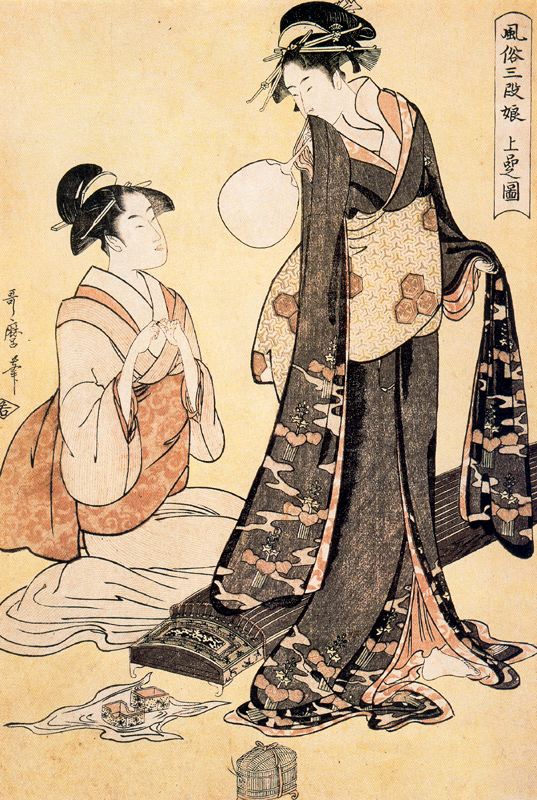 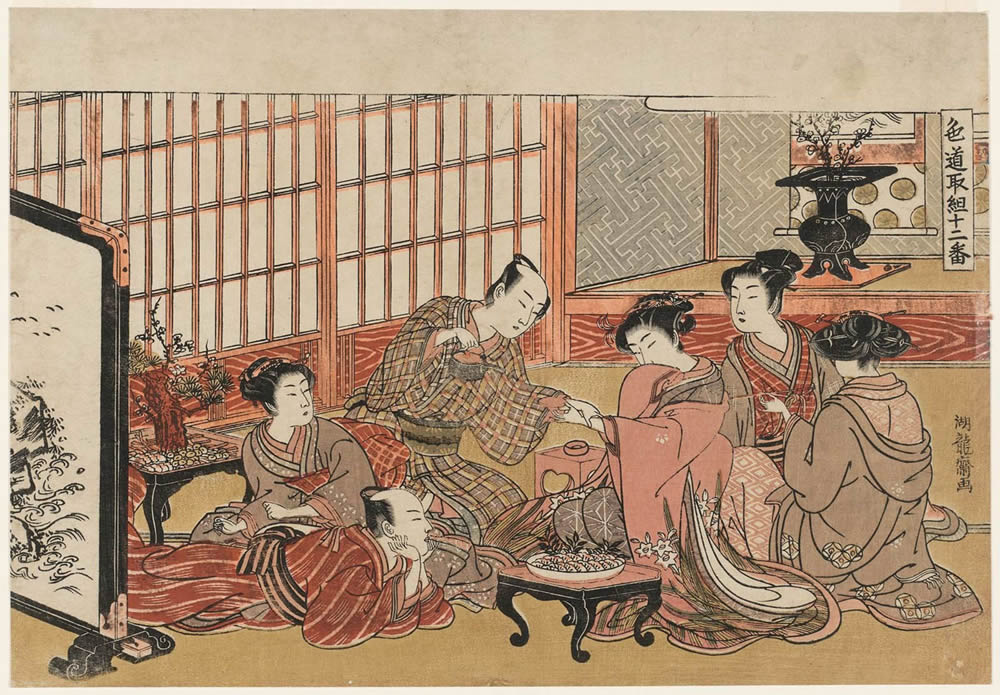 I would feel remiss not sharing actual photos of Yoshiwara, long after the Edo Period, taken in 1910.

They paint a rather bleak, but likely more realistic picture of this storied place that so captured the imagination of the Japanese public for centuries through the power of well-orchestrated branding.

As Laura Allen, curator of Japanese art at the Asian Art Museum puts it:

“What I wanted to do in the exhibition was to really call attention to the fact that these paintings are artificial constructs. They are not meant to represent reality.” 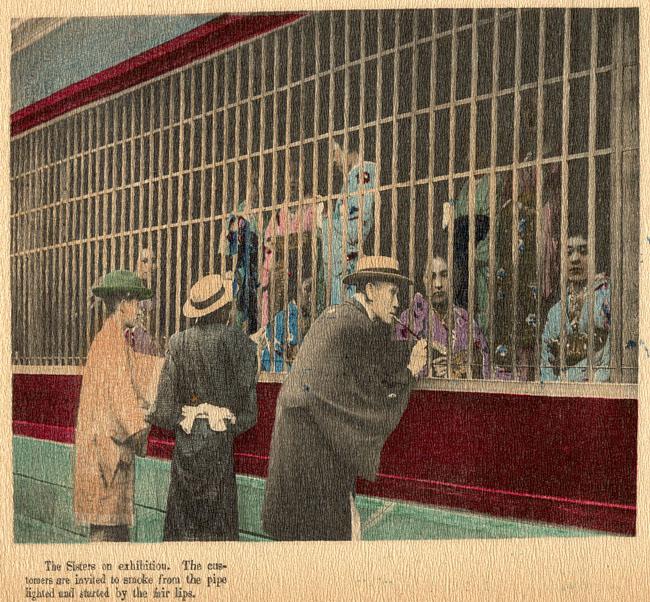 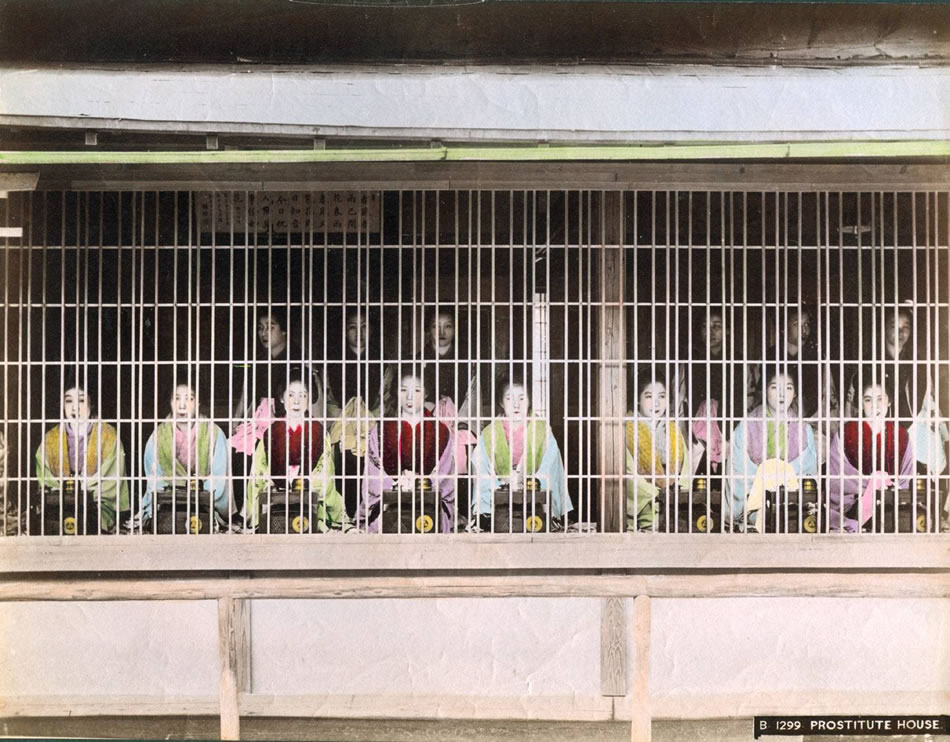 If you are interested in learning more about the Asian Art Museum and all of the wonderful offerings on tap, visit them on the web at www.asianart.org