Former Apple creative director Abigail Brody has been hired by Huawei as its chief user experience (UX) designer. The Chinese smartphone maker, which is fresh off stellar third quarter results, said that Brody would take up the role in its device and consumer division.

Huawei hopes that brody can lead the company to become a market contender in the high-end smartphone space. 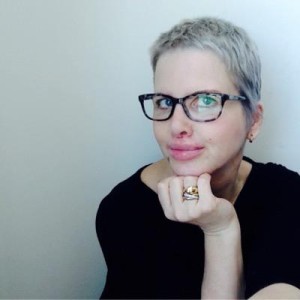 Brody was with Apple almost 10 years as a Creative Director, consulting on interface systems for the first iPhone as well as Mac Os X among other projects.

Huawei’s saw their third quarter numbers skyrocket 63 per cent year-on-year with sales of 27.4 million handsets, compared to a 22 per cent jump from Apple and a highly disappointing 6.1 per cent from Samsung.

After chipping away at players on the low end, Huawei sets its sights set on the iPhone, which holds the second-largest share of the Chinese market behind Samsung.

The company is positioning its Mate S -a 5.5-inch high-end offering- in the same bracket as the iPhone 6. The Mate S comes with similar features including Force Touch, a feature similar to Apple’s, which was released just one week later.

“Improvement in UX design has and will continue to be a key focus of Huawei Consumer BG in our trajectory to becoming one of the world’s most favorite smartphone brands,” said Yu.

Along with hiring Brody, the company announced that it will open an R&D centre in Silicon Valley with the aim of tapping creative talent there to UI design.