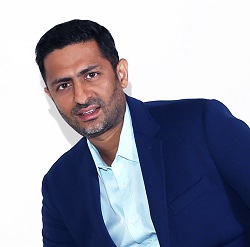 Almost every ad industry evangelist talks about the future being personalized, experiential, automated, immersive and measurable. While time will tell, advertising tomorrow will definitely not look like advertising today.

So, when selecting two ads that I love, I didn’t look for ads. Instead, I chose stories that inspire, stories told in unexpected ways, and stories that reveal a new side. Essentially, ideas that we as an industry can learn from.

Personally, I also feel that no ad can be called “bad.” What gets produced is a function of budget, context, timelines, market nuances and product readiness. Also, what is liked in one culture may be abhorred in another. So rather than picking a bad ad that I don’t like, I chose one that seemed extremely bizarre to me.

First up, two inspirations and then one kooky production.

A feature film and a VR experience.

This is a film about John Hull, a theologian with degenerative blindness, who spent 16 years chronicling his experiences on old-school audio tapes before total darkness fell in 1983. A VR experience on the Samsung platform, designed around his audio transcripts, was released in 2017.

The sound is used to create cues that build on the feeling that as your sight dims, other senses are heightening. It’s a touching story of an academic recording his coming disability, executed in an immersive format. There’s a lot here for us ad types to digest.

Fuse the passion for sports, the interactivity of gamification, the personalization of CRM, the pick-me-up-now vibe of mobile and the allure of free stuff. What you get, is an idea that anyone will want to spend their time on. Really. Watch on.

From Halo, brave and bizarre in the same breath.

If noticeability is what you are after, there isn’t a better example than this one – a dystopian take on the role of ice cream in a post-apocalyptic future. With lines like “everyone you know is gone, there is only ice-cream” you don’t know whether to be creeped out or laugh. This is one of those I did not fully comprehend, but will never forget.