Ad Viewability and Why it Matters for Marketers in Southeast Asia

Just because your ad is served online or in an app doesn’t mean people will see it. Here’s what viewability is, how it’s measured, and why it matters.

Whether it’s hiding below the fold of a webpage or muted in the feed of an app, there’s no guarantee your video will be seen the way you intended it to be on every platform. Since the aim of any savvy marketer is to find the right platforms to reach the right audience in an engaging way, paying attention to viewability can help.

What is viewability, and how do you measure it?

Viewability provides marketers with a valuable metric that goes beyond the number of times their ads appear in front of users by focusing on whether or not an ad was actually seen. “A more viewable ad ecosystem means fewer wasted ad dollars, cost savings for advertisers, and better return on investment for your marketing dollars.

According to the Interactive Advertising Bureau (IAB) and Media Rating Council (MRC), viewability is achieved when a minimum of 50% of the ad is in view for a minimum of two continuous seconds.

The IAB’s and MRC’s definition of viewability helps standardize viewable ad impression measurement guidelines, but as an industry, we still have a ways to go. Knowing which ads have value is incredibly important to drive better outcomes for marketers.

Making sure your ads are seen

On certain platforms, audiences are in a better frame of mind to watch videos because they visit the platform to do just that. Recently, IAS and Oracle Data Cloud’s Moat Analytics ran a viewability analysis across SEA. The analysis compared viewability on YouTube to competitor sites where watching videos is just one of many things users do. See the results in the dropdown below: 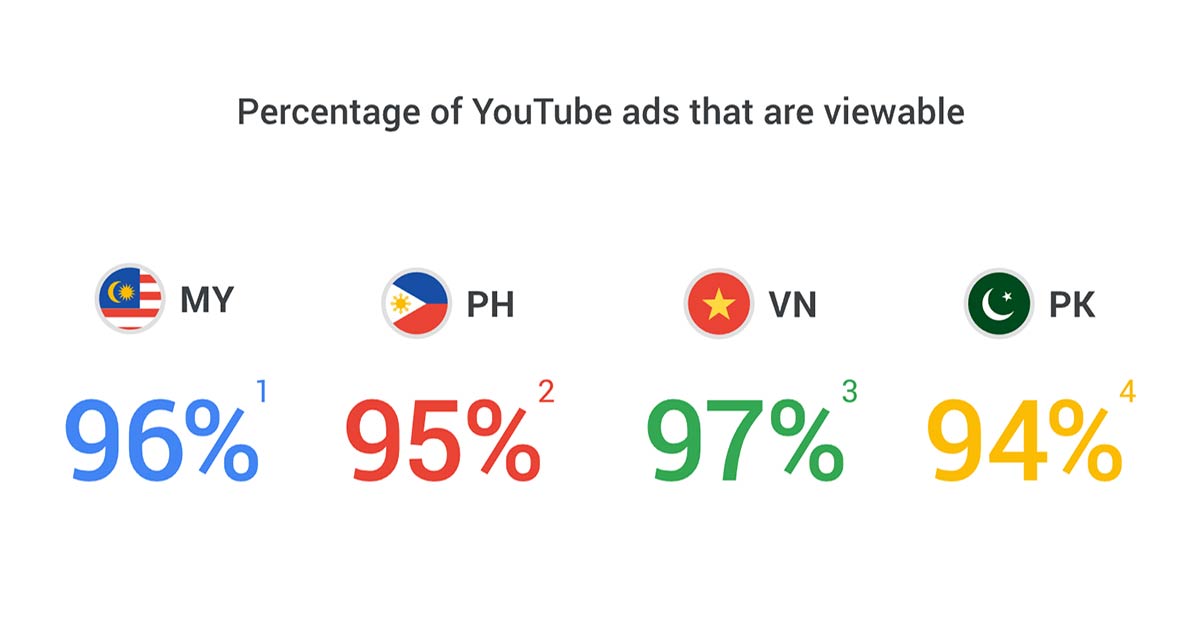 Prioritizing viewability in a video campaign

Building an effective video campaign requires valuable time and resources, so it’s important to ensure that your ads are actually engaged with from start to finish.

“The IAB’s and MRC’s definition of viewability helps standardize viewable ad impression measurement guidelines, but as an industry, we still have a ways to go. Knowing which ads have value is incredibly important to drive better outcomes for marketers,” said Quigley.

By using viewability to measure the success of a video campaign and to determine which platforms to distribute your ads on, you can achieve optimal campaign results.

This was originally published over at Think With Google.

Image by Daria Shevtsova via Pexels