South Korea’s Ad Stars has announced Grand Prix, Gold, Silver and Bronze winners, which were this year chosen from 20,645 entries from 60 countries. 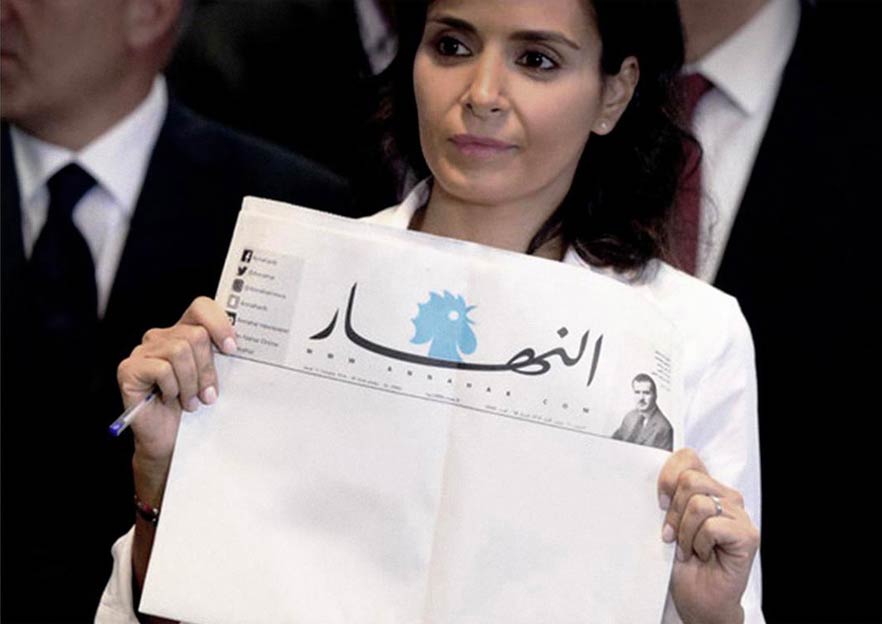 “I have loved the experience of judging AD STARS because no other awards show gives back to our industry this way – not only is it free to enter AD STARS, but if you win Grand Prix of the Year you are rewarded with US$10,000, which is amazing,” said Joanna Monteiro, Chief Creative Officer at FCB Brasil, joined AD STARS 2019 as an Executive Judge.

Jureeporn Thaidumrong, Chief Creative Officer at GREYnJ United, added: “Perhaps the best thing about AD STARS is that agencies don’t have to spend a lot of money on entry fees as we do at other award shows, which means smaller independent companies have a chance to enter. It is supported by Busan Metropolitan City, it is very well organized – there are so many good things about this show.”

In the Film category, Colenso BBDO New Zealand won Grand Prix for ‘I’m Drinking it for You’, created for DB Breweries to encourage beer lovers to drink low-carb beer for the sake of their partners.

“From strategy through to storytelling, this campaign defies the clichés of low-carb beer. Usually positioned as the beer for people who work out, Colenso BBDO positioned drinking low-carb beer as one of the most selfless acts you can do,” explains Executive Judge Robin Fitzgerald, Chief Creative Officer at BBDO Atlanta.

There were also 8 Gold trophies awarded across the Film category:

Harshad Rajadhyaksha, Chief Creative Officer at Ogilvy India (West), also judged Film & Video Stars: “All the Gold winners stood out taller than the other finalists. The Nanto Family, for instance, takes the extremely complicated issue of a last will and inheritance and adds loads of un-missable entertainment in a way that has to be delightfully remembered! All of us in the jury room couldn’t stop laughing when we were judging it. Or take the Beatbox Catalogue: they have converted a tough brief into such an unexpected, fun, surprising and yet super hardworking ad through the sheer use of creativity.”

In the Video Stars category, the Grand Prix was awarded to GreynJ United, Thailand for ‘FACE/OFF’ (Kasikornbank).

“This is such compelling content, and once we learned how quickly ‘FACE/OFF’ became popular, we agreed it really deserved to win Grand Prix. It takes chances with direction and casting, and made something as simple as updating an app feel relatable and compelling. For a financial institution to take these kinds of risks in its storytelling is really great,” says Fitzgerald.

Rajadhyaksha added: “I love its absolutely brilliant Thai brand of humour used to tackle what must have been a complicated and slightly technical brief. Getting people to understand why their banking app needed constant updates, and doing so with this brilliance, deserved nothing but a Grand Prix.”

In Design, the Grand Prix was awarded to TBWA Hakuhodo for ‘The Most Challenging Ping Pong Table’, created for the Japan Para Table Tennis Association.

Melvin Mangada, Chief Creative Officer at TBWA\Santiago Mangada Puno in Manila, led the Design & Print categories as Executive Judge. He said: “The jury was unanimous in rewarding the Grand Prix for Design, which stood out above all on craft, elegant design and user experience. We felt that the work celebrated should pave the way for disruptive ideas in design and print craft using new and old tools.”

In Print, the Grand Prix was awarded to Ogilvy Group Thailand’s ‘Deer’ campaign for Freeland Foundation, which also won one Gold and Bronze trophy. “This piece of work excelled in both concept and execution. It was the only campaign in the category that won in both Craft and Products and Services. The jury was intent on rewarding work that reflected more than just the aesthetic of the work. We considered concept and a strong purposeful message, too,” said Mangada. 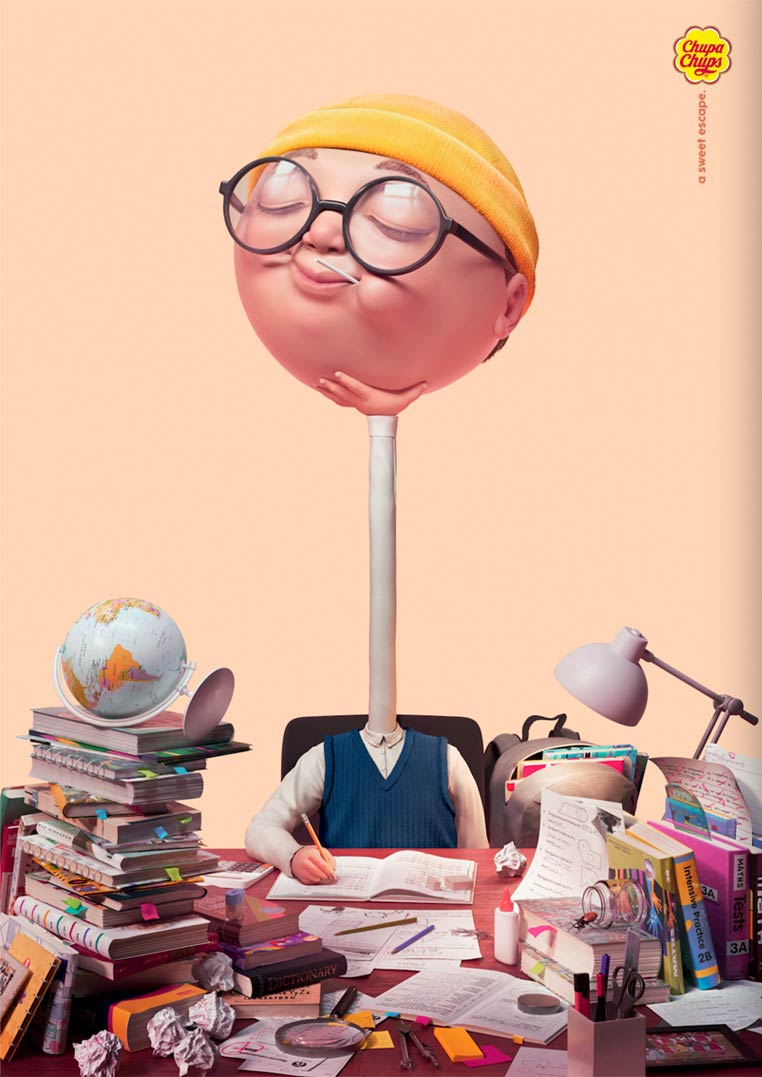 Ali Rez, Regional ECD at Impact BBDO, Middle East/Pakistan, helped to judge this category. “Casanova/McCann gives a second chance to organ donors and puts them in the shoes of someone who gets a second chance at life. ‘Stop Traffick’ is brilliant in its scale. It’s easy to throw around statistics, but people become desensitized to them. This campaign makes a statistic about human sex trafficking come alive. Both campaigns take very engaging, novel approaches.”

In Diverse Insights, VMLY&R Australia’s ‘The Half Biscuit’ for RSA won Gold. Jureeporn Thaidumrong, Chief Creative Officer at GREYnJ United, led these categories as Executive Judge. She explains: “This category is about promoting cultural diversity and ‘The Half Biscuit’ was the best example of how local insights can drive the creative solution.”

“I loved the effort that went into ‘Grave of Thrones’ in terms of craft, and ‘Toxic Flag’ is amazing work,” says Thaidumrong.

In Radio & Audio, Colenso BBDO, New Zealand won Gold for ‘I’m Drinking it for You’ for DB Breweries. “We’ve seen great songs composed for brands before, but in this instance the idea is good, the execution is great, and the copywriting is brilliant,” says Thaidumrong.

“We felt ‘Dot Mini’ deserved a Grand Prix because it gives the industry a view of what we want to see more of. It pushes into the realm of innovation and shows our industry can do more than drive awareness – our ideas can manifest as products or services,” says Joanna Monteiro, Chief Creative Officer at FCB Brasil, who led these categories as Executive Judge.

There were no Grand Prix winners in Integrated and Innovation, but Serviceplan Korea also won Gold in Innovation for ‘Dot Mini’.

Keith Byrne, Creative Director at Digitas, Singapore, also judged this category. He says: “It’s clear that agencies and brands are really starting to focus on how they use data to sell a product or improve a service, and there were actually a lot of entries in this category. However, a lot of the work we judged seemed to be created without real purpose and felt a bit gimmicky. ‘Congresso em Foco’ was a really effective, purpose-driven campaign but what won it Gold was actually its data visualisation. The campaign was built around simple, beautiful, shareable and most importantly effective graphic design.”

The Social & Influencer Grand Prix was awarded to Impact BBDO, United Arab Emirates for ‘The Blank Edition’ (An-Nahar). There was also one Gold awarded to Wunderman Thompson in Thailand for ‘Narcos – The Censor’s Cut’ (Netflix).

‘The Whopper Detour’ by FCB New York won Direct Grand Prix and a Gold in Direct.

“There is no mistaking the intent of this campaign: it is designed to get the brand noticed and to drive profits. They could have simply handed out Burger King coupons, but instead they found a way to generate eyeballs and start a conversation. When you can’t outspend your competition, you have to outsmart them,” says Ted Lim, Regional Chief Creative Officer at Dentsu Asia Pacific, who led these categories as Executive Judge.

“The political context in which ‘The Blank Edition’ was published made it a very brave decision. One act of bravery brought about political and social change,” says Lim. “In the context of what we do as an industry: I believe we are in the business previously known as advertising. Whether we are selling shampoo or bringing about social change, we have to bring purpose to whatever we are working on.”

Gold winners in the PR category

Hwan-Jin Choi, Chairperson of the AD STARS Executive Committee, says: “AD STARS is a festival where creativity and technology converge. Its core value is ‘humanity’ – we exist to share creative solutions that change the world. Many of this year’s winners are contributing to humanity in exciting ways, and we would like to congratulate them for their work.”