A Witty Music Video Based Entirely On Anagrams

What happens when you shuffle the letters in the song’s lyrics and create a bunch of eerie and bizarre anagrams? Perhaps the only music video in the world featuring Gagarin on a rhino, woolen pot on fire, deviant peck, satanic loam, ruminal mob, immoral bun, a yogi with legumes, an olive on the run being chased by a police helicopter, and more.

The music video, which was done for the band U-Prag, is the brainchild of creative ad man, Pavel Fuksa, and was illustrated and animated by Barbora Idesova and Matous Vyhnanek. 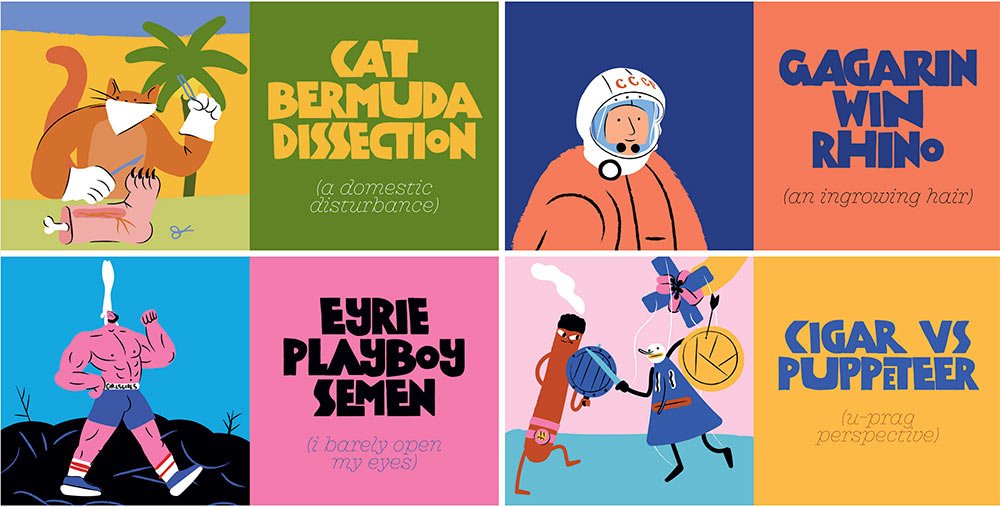 “I shuffled the letters in the song’s lyrics and created a bunch of eerie and bizarre anagrams out of them,” said Fuksa. “These were then illustrated and animated, accompanying the song with its random gif-like presence.”

You can see more of the accompanying artwork here.

MORE: Two Ads I Like and One I Don’t – Pavel Fuksa

Half Court for Hamburgers, Burger King’s Menu Hits the Court on NBA2k21

Norwegians Respond to Will Ferrell

M&M’s Bring Peace to the World