A Day in the Life of Brad Pitt – Motorcycles, Coffee and You

"Bold and international but at the same time, sophisticated and elegant.”

Brad Pitt is awesome. Period. Therefore, he deserves to live an awesome day-to-day life. While we have no inside view into what the talented actor does with his days, or how awesome they are, perhaps his new global ad campaign with coffee machine brand De’Longhi, gives us a glimpse. And of course, coffee is a major player in the major player’s day. It is an ad after all.

From getting his coffee beans in a bag marked “Brad” in the morning to cruising around Los Angeles on his motorcycle, stopping for gas (rising gas price commentary excluded), the scenes give viewers a look at the “Perfetto” world and Brad Pitt is your guide. Pass the sugar, Mr. Clooney.

The global creative campaign was led by MC Saatchi Milan, with local market support through De’Longhi’s agencies in North America – PR activation by Current Global, media planning by Wavemaker and creative adaptation by The Woo.

“The campaign highlights the elegance and design aesthetics and ease of use with De’Longhi’s new fully automatic, bean-to-cup espresso machine, the Dinamica Plus, that delivers on the brand’s promise of Espresso Made Right™,” said Mike Prager, De’Longhi Group North America’s President and CEO.

De’Longhi enlisted acclaimed photographer Lachlan Bailey to capture images for the campaign, and alongside the actor and the director, the film boasts the talents of two other Oscar winners, cinematographer Linus Sandgren and composer Justin Hurwitz, both part of the La La Land ‘dream team’. 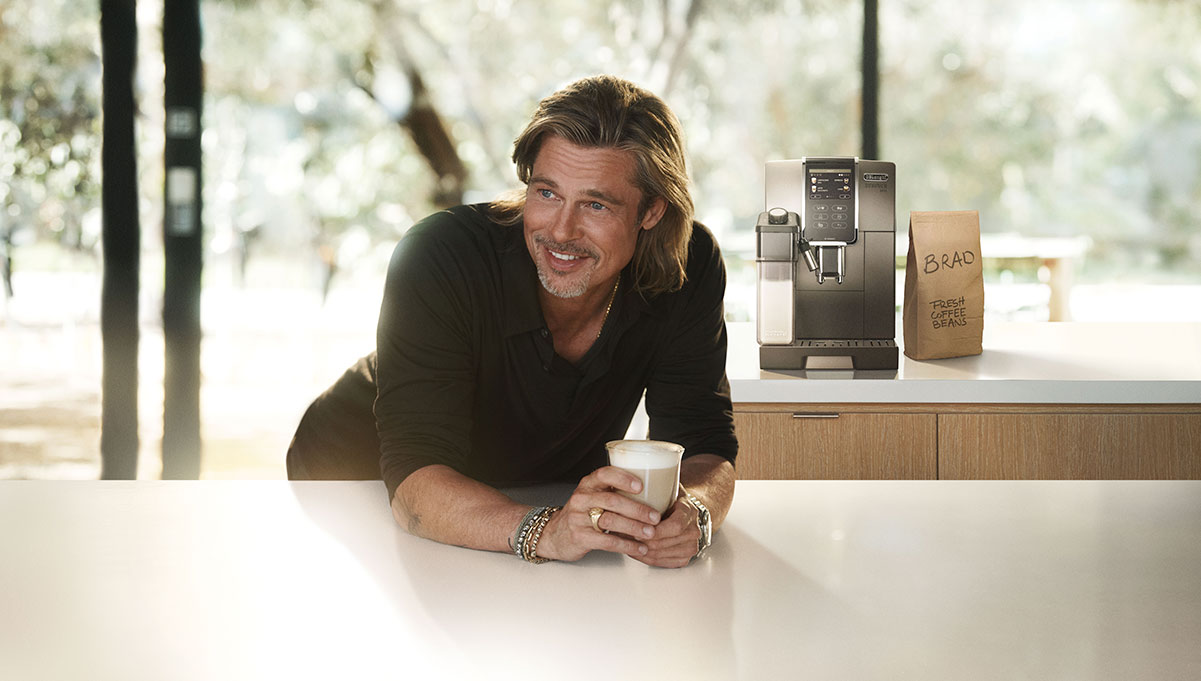 “De’Longhi has seen extraordinary growth in recent years and the production of home coffee machines has assumed a central role in this growth,” said Massimo Garavaglia, De’Longhi Group CEO.

“We believe that Brad Pitt is the perfect ambassador to tell the world about De’Longhi – he is the quintessential embodiment of the De’Longhi spirit: bold and international but at the same time, sophisticated and elegant.”