There are hundreds of marketing strategy books written about how best to reach your target customer. While every other author offers his or her own take, one rule in the marketing universe remains constant: Know your audience.

Imagine, then, the difficulty for marketers in the Asia-Pacific region who are often designing branding and communication campaigns across multiple language and ethnic groups.

As a special feature we take a look at some unique South Korean marketing methods, and the underlying cultural rationale that makes these campaign strategies effective in Asia’s fourth-largest economy.

Celebrities In The Spotlight

If you’re going to pitch a product in South Korea, you’ll likely need a celebrity to help you do it. According to consulting and communications agency Millward Brown, Korea, along with neighbor Japan, leads the world in celebrity pitching –with more than 40% of television ads featuring a celebrity–eclipsing Canada at 5%, the U.S. at 10%, and the U.K. at 12%.

Unlike in the West, the average Joe carries little weight with Korean audiences, said Sangsoo Chong, who teaches advertising and public relations at Cheongju University in South Korea.

“An average Joe like me on TV? Forget it, nobody cares,” added Chong, former executive creative director at Ogilvy and Mather Korea. “Yet actress Gianna Jun is in 10 different TV commercials at the same time, and people can tell which product is which. Though educators and creatives say it is not a good way to go because it is like ‘creative autopilot,’ it works in Korea.” 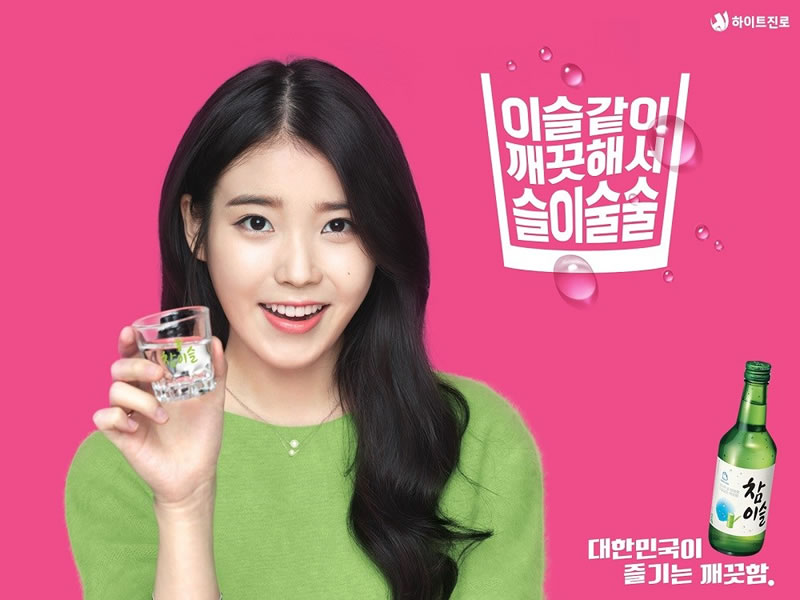 You’ll see this marketing method in front of just about any type of business, from restaurants to coffee shops to small grocery stores. And while it’s pervasive throughout Korea, not everyone is a fan.

“Who really makes a decision to buy razor blades because a girl in a short skirt is holding them? Or register for a telephone service?” said Michael Hurt, a Seoul-based photographer and professor .

Chong agreed, but said there are advantages. “I don’t think it’s very effective, but it’s cheap and easy, and it’s slightly better than the balloon dancing guy because at least the girls can speak,” he said.

Sexy Still Sells – For Just about Anything


Using sexy themes to sell consumer goods made its debut in 1871 when the American company Pearl Tobacco saw its market position rise to the top after placing a naked “maiden” on cigarette packs.

Since then, the concept of “sex sells” has been, and reamains an advertising staple for marketers around the globe.

And while recent studies suggest it may actually hinder absorption of the brand message, Korea is in lockstep with the rest of the world in the continued use of the favored old concept.

Korean marketers use sexy imagery to pitch products that many may not ordinarily associate with “sex” or “sexy.”  Sexually charged imagery of men and women is used to pitch bottled tea (as you can see in the photo above), smartphones, lunch specials at TGI Fridays, office chairs, and even financial services.

And we promise, this is the hottest ad you’ll ever see for instant noodles, starring, of course, Gianna Jun.


Western advertising, for better or worse, tends to be quite prudish about bodily functions, whereas Korean marketers are unabashed. Whether it’s a popular ad by SK, one of Korea’s largest conglomerates, that shows an elated father being shot into space by a stream of his newborn son’s urine, post-constipation celebratory ads, or a popular doll that farts and poops after you feed it, Koreans accept bodily functions as a normal part of life.

“I guess it is a kind of cultural difference between Koreans and Westerners,” said Chong, who pointed out certain advertising no-no’s for a Korean campaign that are commonplace in Western ads. “For instance, that loud sound people make when blowing their nose makes us uncomfortable. Finger-licking when someone’s had a good meal is a bit awkward to see in an ad as well.”

For the most part, office chairs are just a commodity. And for people in that business, big budget creative campaigns are not a consideration. But Korean office chair maker Duoback bucked that trend and put together this brilliant series of TV ads that ask you to forget truth in advertising and simply have fun.

In the spots, which feature movie star Seong-jin Kang as the boss and TV star Ha Seok-jin as the junior employee, Duoback chairs are pitched as so powerful that they will help you quit smoking, find love with a co-worker, cure menstrual cramps, ease hunger, improve your comedic talent, and even relieve a hangover.

Even more clever is the campaign’s use of the popular Korean saying, “chari-ka saram-eul man-dun-da”, which originally means “the position makes the man.” Duoback gave it a funny twist with “the seat makes the man.”

The importance of “saving face” is deeply ingrained in East Asian cultures. South Korea is no different. Therefore, something not often seen in Korean advertising is self-deprecation and irony—important to keep in mind when marketing in South Korea.

However, in a brilliant mockumentary for mega pizza chain Mr Pizza, which recently celebrated the opening of its 100th restaurant in China, the company not only makes fun of itself and its founder, it also pokes fun at the touchy subject of Korean nationalism.

“Many young Koreans really liked it,” Chong said. “I liked it, as well, since the concept is very clever. The idea is from a U.S.-based agency called SS+K. It’s a shame we didn’t make it!”


South Korea’s capital city, Seoul, recently found itself on the receiving end of much ridicule when it unveiled its baffling new slogan “I.Seoul.U.” This is not the first time a Korean government body has been criticised for questionable destination branding slogans. Other gems include the city of Bucheon’s “Bucheon Hands Up,” Changnyeong’s “Jump Changnyeong,” and the city of Jeongeup’s “Happy Citizen, Proud Jeongeup.” The list goes on.

One of the problems is the use of direct translation. If you were to say “Happy Citizen, Proud Jeongeup” in Korean, it would sound perfectly fine. But many organizations skip the step of tapping a professional English copywriter to tighten up the translation, so the original meaning often gets missed.

Looking at the larger context of destination branding, Chong said failed attempts at capturing Korea’s brand essence in English slogans or ad campaigns is also the result of placing such efforts in the hands of government agencies, when their aims would be much better served by allowing tourism or marketing experts to do what they do best.

In fact, one of the more infamous English branding disasters was part of an initiative by the administration of former President Lee Myung-bak to promote Korean food internationally. That was the plan, but execution was another story, resulting in ads hawking “romantic mushrooms” “sexy red pepper paste,” “exciting kimchi.” Oh, my!

A version of this article first appeared on Adobe’s CMO.com 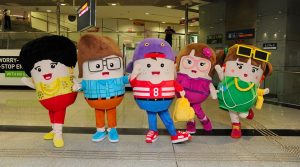