No matter who you are or what you do, a little “me-time” is a must. Even if your Marvel movie franchise character King Valkyrie.

In a new campaign from insurance company Direct Line, via Saatchi & Saatchi, we see the reigning sovereign of New Asgard in London attending a press conference. After hearing a bit of commotion somewhere off in the distance, she leaps off her faithful steed Warsong ready to deal out some justice to two guys whose skateboard has crashed into a shop window.

The shop owner tells King Valkyrie (played by Tessa Thompson) not to worry about it, the shop is covered by Direct Line business insurance. She then suggests that the superhero should relax and take some time off.

And so she does.

“Best of all, we get to do it in a delightful and unexpected way, showing a Super Hero finally able to get some me-time. We’ve upped the entertainment, star factor, introduced a female hero and deepened our cultural reach through the addition of King Valkyrie as she comes to UK screens this summer.” 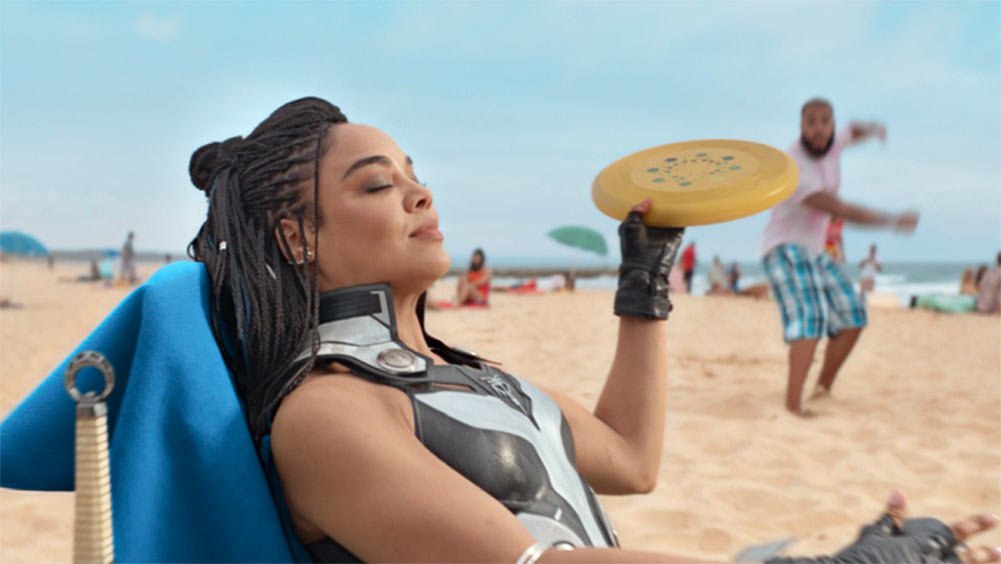 Wendy Moores, Head of Marketing, Direct Line, added: “In a world that faces huge challenges, we wanted our new advert to provide a moment of escapism, to entertain with an epically fun campaign that plays into the incredible Marvel Studio’s Cinematic Universe.”